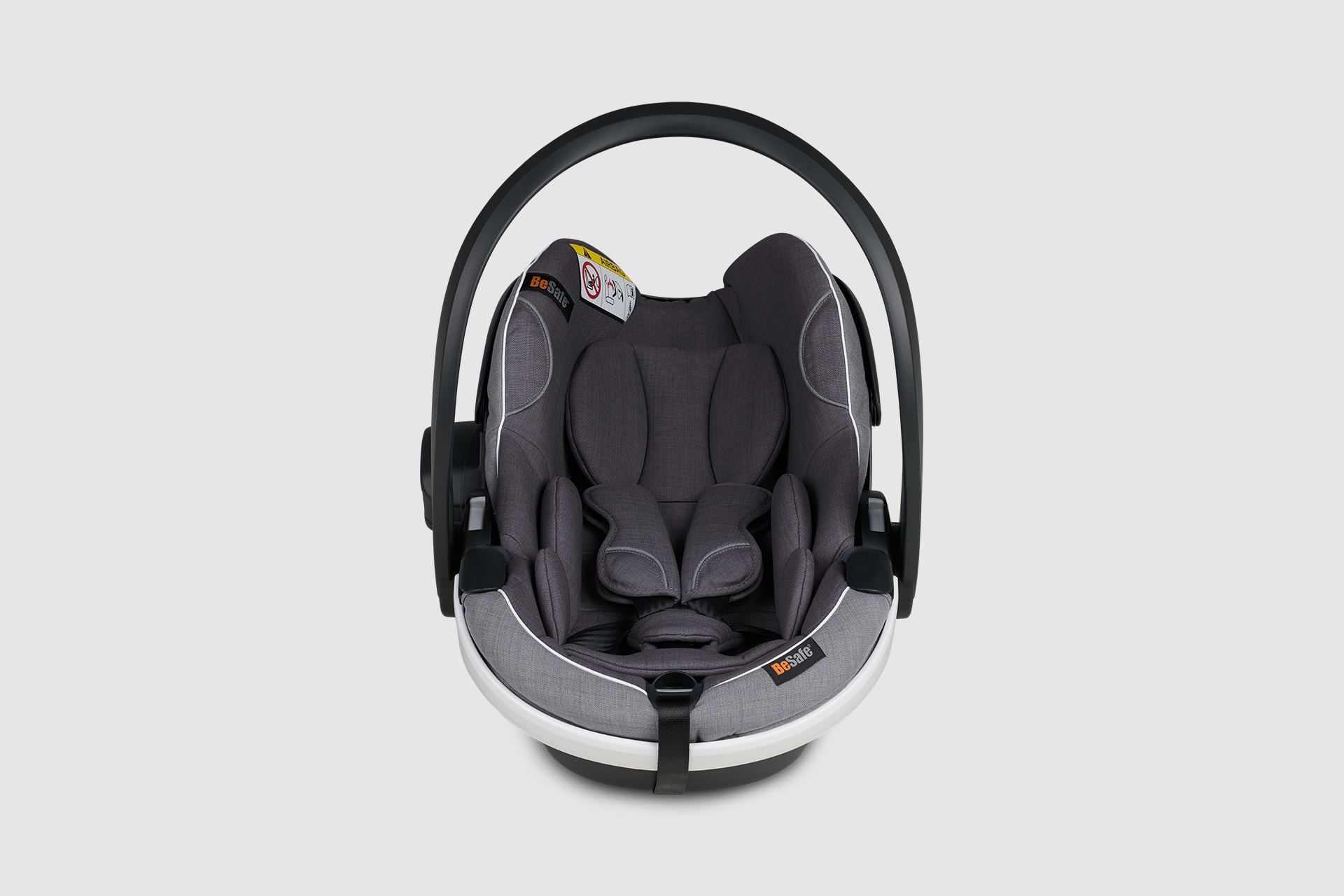 Our baby car seat BeSafe iZi Go Modular X1 i-Size was part of the independent child seat test by Stiftung Warentest/ADAC in May 2021. It showed strong performances in the safety category as well as handling and ergonomics, but got downgraded in the total score due to chemical findings. A chemical called naphthalene was detected in one label on our seat in a higher concentration than the test’s maximum value. The chemical limit used in this test is not derived from health aspects though. Independent chemical experts have established that the chemical level found in the label of the BeSafe iZi Go Modular X1 i-Size does not pose a risk to the child’s health.

The results in detail

This consumer test consists of 3 main categories in which a car seat gets tested: Safety, comprising 50% of the total score, handling (40%) and ergonomics (10%). In the safety category, BeSafe iZi Go Modular X1 i-Size achieved the rating “Very Good” (1.3) and the best side-impact score of infant seats in the test, even improving the already strong performance of its predecessor BeSafe iZi Go Modular i-Size. We are pleased to see that also in the categories of handling and ergonomics, the baby car seat received “Good” ratings, which would have resulted in a total score of “Good” as well.

However, the seat covers also get tested for chemicals, and if one or more of the tested chemicals is above a defined maximum value, the total score of the seat gets downgraded. In the case of BeSafe iZi Go Modular X1 i-Size, a chemical called naphthalene was detected in a higher concentration than the test’s maximum value. This therefore resulted in the published total score of 5.5.

We have identified this chemical level to be located in the warning label and that it was in production since April 2020 due to a supplier not following the agreement.

Information about the chemical test

The maximum naphthalene values used by Stiftung Warentest are based on the German GS mark (“Geprüfte Sicherheit”). According to the German Federal Institute of Risk Assessment, these GS maximum values are not derived from health aspects though, but are rather oriented on what is nowadays technically achievable and fulfillable.

We support Stiftung Warentest’s intention of prompting manufacturers to minimize the chemical use as much as possible with these maximum values. But we are sorry to see that this can give wrong signals to consumers who do not know that these maximum values are not derived from health aspects.

Evaluation of potential effects on the user

We still wanted to get an individual assessment of the situation with our specific car seat and therefore reached out to chemical experts to get an in-depth understanding of any potential consequences. According to independent scientific specialists in the fields of i.a. human health assessment, exposure modelling and toxicity, the chemical level, which stems from a label on the fabric, does not pose a risk to babies, toddlers or infants when exposed during normal use of the car seat. This means that even if the levels are higher than what is technically achievable and also our own standard, it doesn´t represent any risk of health issues for the users and the seat can be used without compromise or worry.

But, as the chemical level in the label is not satisfactory to our standards, we have taken immediate action and changed supplier of the labels and shared this information already in mid May.

Read all about the expert assessment

What are ADAC and Stiftung Warentest?

Twice each year, the German consumer council Stiftung Warentest on behalf of the ICRT (International Consumer Research & Testing) issues an independent test of new and relevant child car seats in Europe. The crash tests and safety evaluations of this are executed at the testing facility of ADAC, the German automotive association. The other parts of the tests are executed by the Austrian and Swiss automotive associations, ÖAMTC and TCS.