Side impact protection in child car seats can save lives, as side impacts are the second most common source of serious injuries for children in vehicles. German mother Laura and her 12-week old daughter were involved in a terrible accident when a truck collided with them but her baby came out with just a scratch. “I am thankful for our lives” says Laura.

It is a scenario that probably most of us can picture happening in normal city traffic: Laura was driving along a main road in her Volkswagen Sharan at not more than 50 km/h and less than 500 meters from home when approaching a cross-roads. In the corner of her eye she could see a truck driving too fast and likely to miss a stop-sign. Laura had no chance to react and the truck hit her car, it crashed right into the passenger side. She lost consciousness at the moment of impact and when she awoke, everything was foggy due to all of the car’s airbags having deployed. Her car must’ve spun around, as it was now pointing in the opposite direction. According to eye-witnesses her car had flipped over twice. 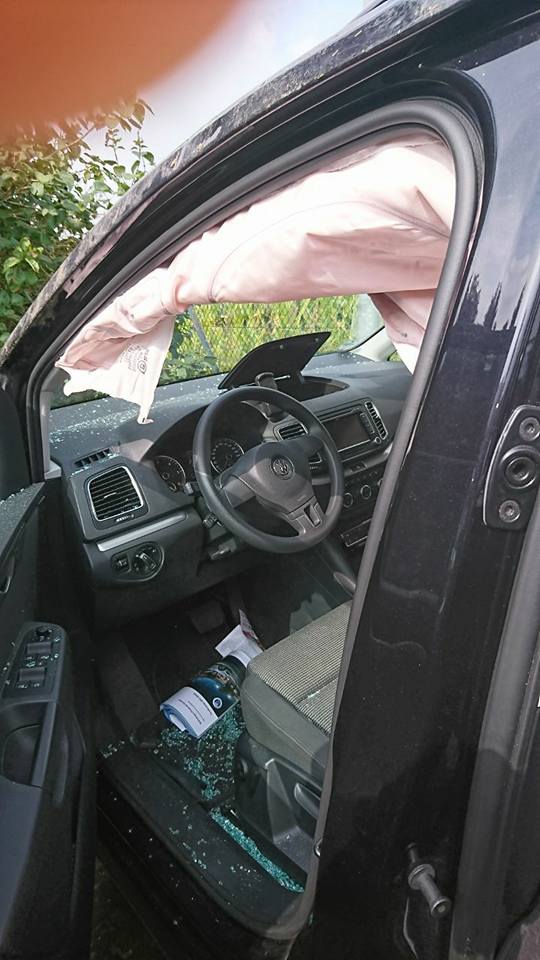 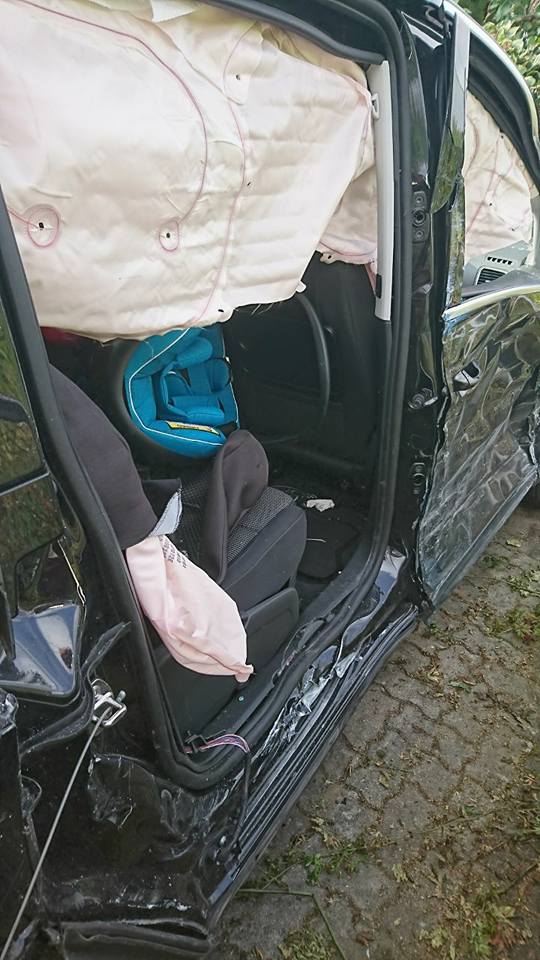 When waking up, Laura’s thoughts went straight to her 12-week old daughter Emma. When she reached the back passenger side of her car, she did not realize in that moment that the car’s back door had been ripped off the car in the impact, all she cared about was to know if her baby was OK. The baby car seat’s additional Side Impact Protection (SIP+) was deformed and the seat had a slight dent at the side. Emma was covered in broken glass and was bleeding from a glass scratch on her chin, but Laura instinctively knew that she was doing alright. Relieved, Laura handed Emma together with the seat to the first-aiders, then she collapsed.

“I think that my heart first had to know that she was okay before it allowed my body to collapse.”

The severity of the impact becomes visible in Laura’s long list of injuries, amongst others a first-degree CCI, whiplash, a broken collarbone, a PTSD, 80% loss of hearing and tinnitus in one ear and 20% loss of hearing in the other. But despite all of this, all that matters to Laura is that her daughter is doing well. “I am thankful for our lives” says Laura.

How the baby car seat’s side impact protection works 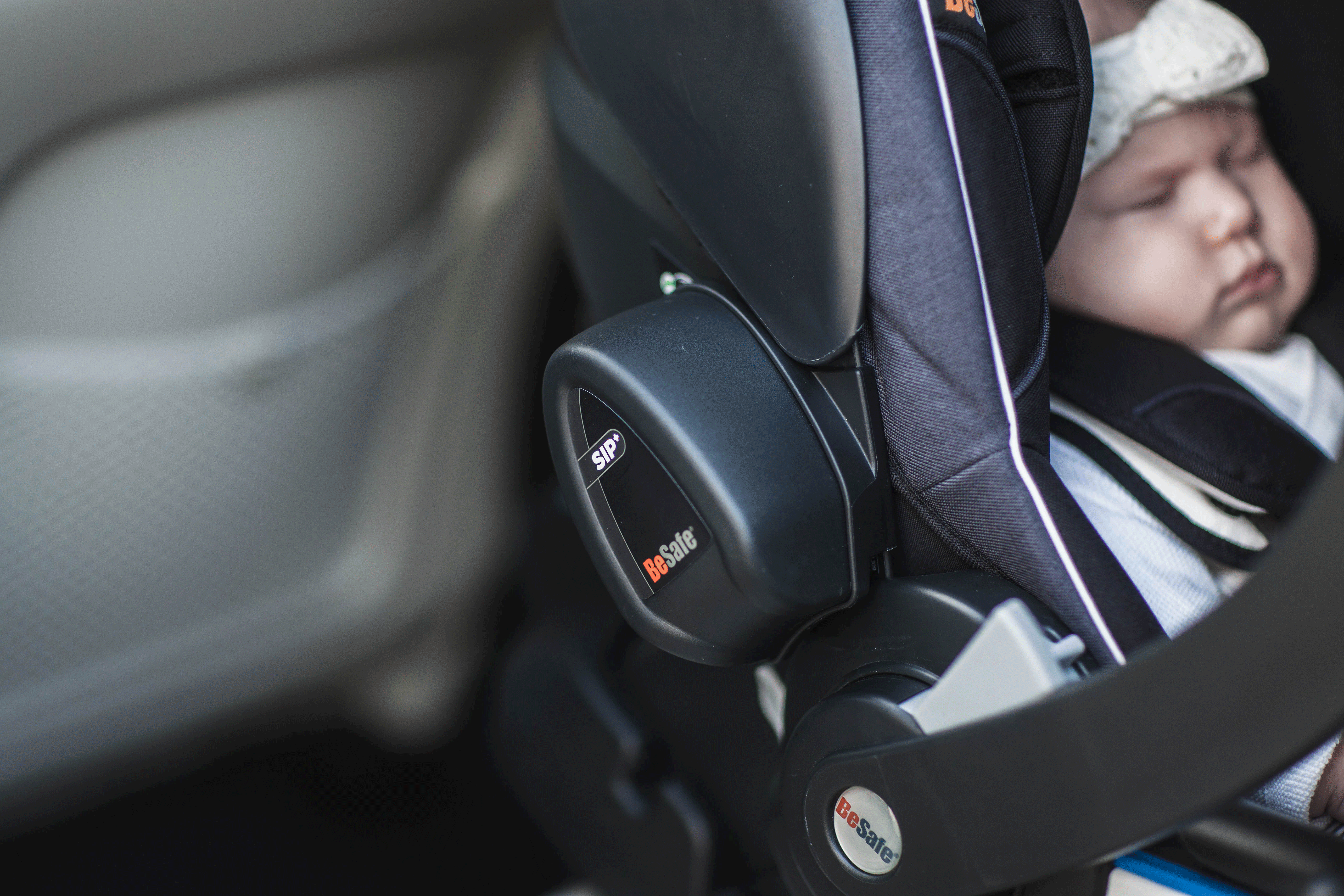 Please note that the accident pictures featured in this articles are provided by Laura herself and were taken after the car had been inspected and moved away from the accident location. The baby car seat had been taken out to hand Emma over to first-aiders and has afterwards only been placed back loosely into the car.

Sources: Facebook post by Laura in the German rear facing Facebook group “Reboard – Unsere Kinder fahren rückwärts”; personal messaging with Laura after we at BeSafe heard of her story; interview given by Laura on a mum-blog after her Facebook-post received great attention: https://dierabenmutti.de/2017/09/04/mama-laura-berichtet-ohne-reboarder-waere-mein-baby-tot/