BeSafe has produced a Lookbook for the colour collection of 2016. In the Lookbook you will find the ideas behind the colour selections with some inspirational mood-boards. Our inspiration is of course from Scandinavian. Can you find a favourite? 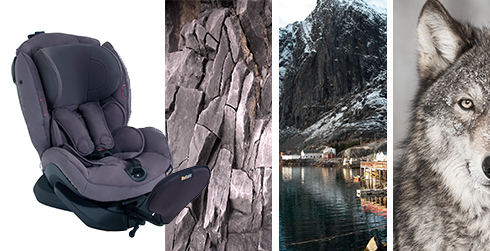 At the end of 2015, at the same time as we launched iZi Modular, the collection Mèlange was launched. The colours are in the same mixed, hard-wearing, quality fabrics with a soft yet durable material. Mèlange is launched in the colours Metallic Mèlange, Sunset Mèlange, Ocean Mèlange, Ivory Mèlange and Midnight Black – also inspired by the scandinavian’s natural environment.

We have focused on the exclusive Mèlange fabric in the Lookbook, but you can also find almost all of our colours. We hope that you will get the same feeling for the colours. Maybe you will find your own favourite?
BeSafe Lookbook 2016